If Ride Along proved anything, it’s that throwing Kevin Hart on a movie screen does not guarantee worthwhile entertainment. And while it’s hard to argue that Kevin Hart is Hollywood’s reigning king of comedy, even his antics can get stale after an hour and a half. That is, if you don’t focus the entire story and film around said antics. Enter About Last Night.

The film is a remake of the 1986 film by the same name that included Rob Lowe, Jim Belushi, and Demi Moore in the starring roles.  Just like the original, it follows a year in the love lives of two sets of friends. Only this time, the major characters are African American and reside in Los Angeles instead of Chicago. The character names, personalities, and major events of the two films are all pretty much the same. But I know you haven’t seen the original, so let’s explain it anyway.

While on a double date with his fun loving best friend, Bernie (Kevin Hart… duh), recently dumped Danny (Michael Ealy) is introduced to Debbie (Joy Bryant), roommate and best fried of Bernie’s new fling, Joan (Regina Hall). The relationship that evolves from a one night stand between Danny and Debbie is the focal point, but there’s nothing they do or go through that you won’t see in every other romantic comedy. Pig headed fights, irresponsibility, the inevitable return of the ex (Paula Patton in a fairly comedic cameo)… yeah, it’s all that jazz.

But obviously, whether they’ll end up together (c’mon… you know they will) isn’t what makes the movie worth viewing (Unless you are swooning over Ealy or Bryant’s physical attractiveness… which is perfectly reasonable). And believe it or not, Kevin Hart’s presence isn’t quite the winning factor either. It’s actually his partnering with Regina Hall that manages to make this movie comedic gold. They’ve got fantastic onscreen chemistry from start to finish. Her ability to hold her own opposite Hart should come as no surprise as Hall got her start in comedic roles with the Wayans Brothers in Scary Movies 1, 2, and 3 (Ya know… the watchable ones). Romantic comedies may be a dime in a dozen, but anytime you can combine two solid comedic performers, you can set yourself apart from the rest. 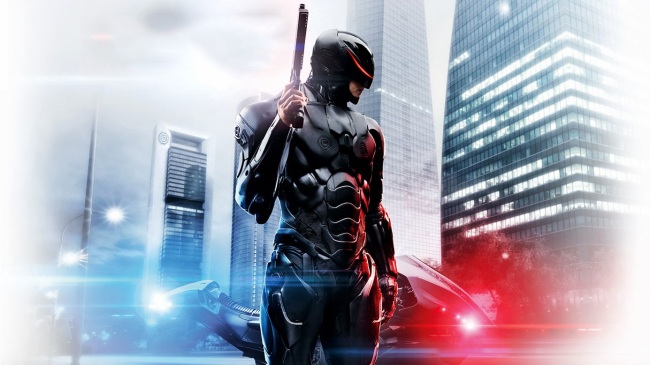 If you’ve never heard of the late 80’s/early 90’s pop culture sensation that was the Robocop movies then you, my friend, are either under the age of 21 or at some point in your life have lived under a rock. But even if you aren’t familiar with Alex Murphy, the cop who barely survives attempted murder before being turned into a cyborg by a corrupt corporation of law enforcing robot builders, then congratulations… director Jose Padilha is here to redo it just for you.

This time around, relative no name Joel Kinnaman plays the titular character. Kinnaman isn’t bad, but he also doesn’t bring anything to the role either. In other words… he’s pretty forgettable. His suit and the action sequences, however, are anything but. Most of the other characters from the original films are altered, but the essence is still there. Michael Keaton plays the greedy head of the corporation that builds Robocop in attempt to apparently sway Congress to get robot law enforcers out of the Middle East and into American streets. Abbie Cornish is tough and genuine as Murphy’s wife and the mother to their son (Not really sure why these characters have changed names… but whatever). Samuel L. Jackson channels his inner Bill O’ Reilly as the host of a political talk show in support of robots. And Gary Oldman, in perhaps the most welcomed change to the series, plays the scientist and doctor behind the world’s first cyborg policeman.

The biggest differences between the original and this film, other than the drastically toned down violence, is the focus on what makes the metal man tick. There’s much more science and psychology to this film than there is gunshots and explosions. Whether that makes it better or worse is up for debate. I, for one, never found the 1987 version to be anything remotely ground breaking so to think this film somehow falls short is a bit baffling to me. What the Robocop remake is, is a decent two hour February action film. And let’s be honest, along those lines, there’s probably nothing better in theaters until April.

Been on a bit of a hiatus (It was birthday/Super Bowl season) but did manage to watch a few flicks over the past months. Here are a few quick reviews.

Kevin Hart does what Kevin Hart does. But eventually even that gets stale in this generic buddy cop movie. Most of the laughs seem forced and even the action is too over the top to be entertaining. Wait for it on Redbox. And if you don’t see it at all, you aren’t missing anything special. FINAL GRADE: C-

A film that defines family dysfunction. Based on the stage play of the same name, August features an all-star cast that all manages to shine in their roles. Meryl Streep and Julia Roberts are both Oscar worthy as malevolent mother and daughter and though the overall tone and ending may be a bit dreary for some, there should still be enough dark laughs and plot twisting drama to keep you entertained all the way through.  FINAL GRADE: A-

A film that takes an awkward, albeit fairly accurate, look into the love lives of the typical young adult male. Zac Efron (High School Musical), Michael B. Jordan (Fruitvale Station), and Miles Teller (21 and Over) have decent chemistry on screen and create some good laughs. The female leads are all charming enough. Where the film finds fault is in its final act, when it delves into seemingly every romantic comedy cliché imaginable. Still, as far as date movies you might be forced to sit through or might force a guy to sit through go, you could do worse than this one. FINAL GRADE: B- 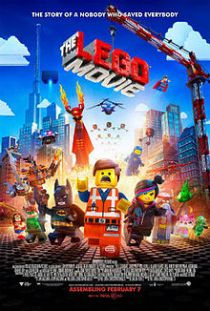 There is no doubt a nostalgic feeling anyone who played with legos will get while watching this film. Nostalgia can only take you so far though. The film has some clever, tongue and cheek gags that’ll make you laugh, but if you’re looking for Dreamworks or Pixar caliber classic comedy, look elsewhere. The voice cast is decent and you could probably make a game out of the cameos, but the story, as heartwarming as it is, seems a bit scatter brained at times. The biggest achievement of the movie is without a doubt its animation, which makes an entire world, including water, smoke, and fiery explosions out of legos. FINAL GRADE: B